Jim co-founded Proficient Data in 1991 as an outsourced billing provider to large businesses. Proficient Data grew into one of the largest companies of its kind in the nation with production facilities in Chicago, IL and Milwaukee, WI and a programming and development division in Manila, Philippines. Proficient Data was sold to Sterling Partners, a private equity group, in 2006 where the name was changed to Metrogroup Transaction Services. Jim served as President until it was sold in 2008. Jim then co-founded Camber Partners.

Jim received his B.S. in Math and Computer Science from the University of Illinois – Champaign and is an alumnus of Northwestern University’s Kellogg Management Institute. 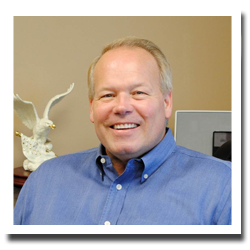 Greg worked for over 23 years building Minuteman International ($90 million sales), a public traded company into a world leader in the commercial floor cleaning industry. During his tenure, the company was recognized twice by Forbes magazine as “One the 200 best small companies in America”. As the President and CEO, Greg led the organization through multiple acquisitions and was instrumental in the business’s going private transaction. He also served the company and industry in many board positions. Most recently he co-founded Camber Partners.

Greg is a graduate of the University of Minnesota-Duluth and holds a B.S. in business.

Camber Partners seeks opportunities that meet our investment criteria across a variety of industries. These industries include: Business Services…

Camber Partners is working with successful business owners and managers. Here you can find our past and current investments…